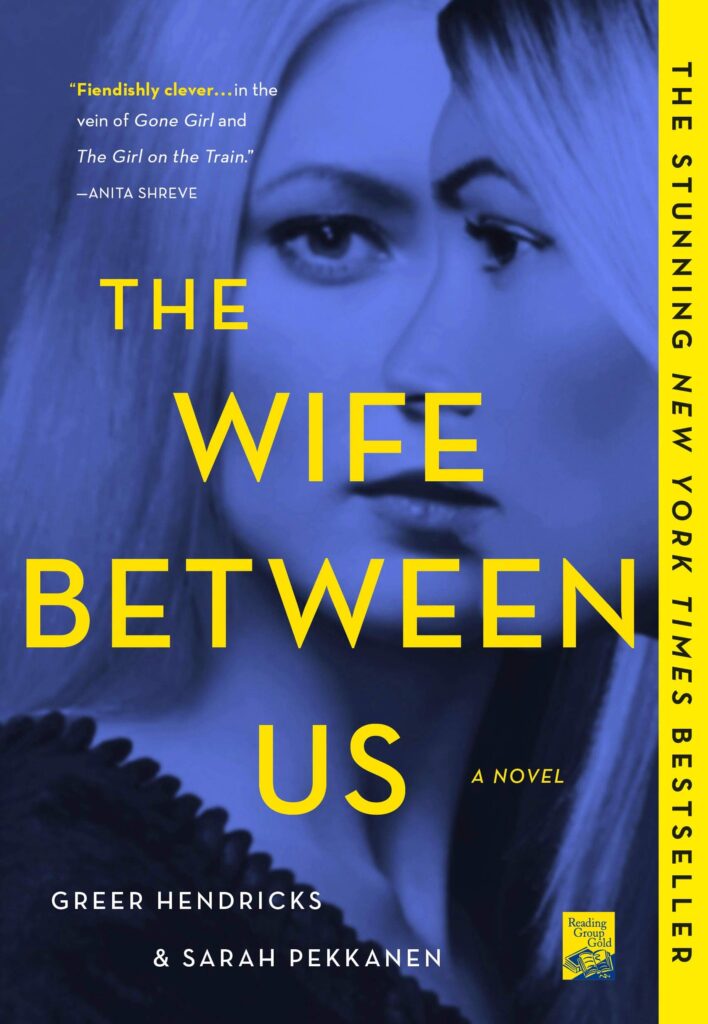 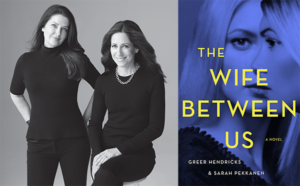 When you read this book, you will make many assumptions.

You will assume you are reading about a jealous ex-wife.

You will assume she is obsessed with her replacement – a beautiful, younger woman who is about to marry the man they both love.

You will assume you know the anatomy of this tangled love triangle.

Twisted and deliciously chilling, The Wife Between Us exposes the secret complexities of an enviable marriage – and the dangerous truths we ignore in the name of love.

Praise for The Wife Between Us:

“A fiendishly clever romantic thriller in the vein of Gone Girl and The Girl on the Train.This one will keep you guessing.” –Anita Shreve, New York Times bestselling author of The Stars are Fire

“Has already emerged as one of the most popular books of the year, captivating readers with its…shockingly twisty narrative.” –EntertainmentWeekly.com

“Buckle up, because you won’t be able to put this one down.” –Glamour  Magazine

“You’ll be taken on a suspenseful roller-coaster that will keep you riveted until the last page.” – Parade

“Packed with plot twists and turns, this unpredictable novel explores the complexities of marriage….” –Real Simple

“Will keep readers turning the pages until the final ending twist.” –The Huffington Post

“Hendricks and Pekkanen excel at clever plotting, character creation and—most importantly—offering a reflection on love and lies that lifts The Wife Between Us above the predictable and explores how the wounds of the past, if left to fester, can spew poison in the present.” — Richmond Times-Dispatch

“A jaw-dropping psychological thriller….Unforgettable twists lead to shocking revelations all the way through the epilogue.” —Publishers Weekly, starred review

“Readers who were enthralled by B.A. Paris’s Behind Closed Doors and Gillian Flynn’s Gone Girl will love the skewed psychology and shifting perspectives of this domestic thriller.” —Library Journal, starred review

“Seamless…. Readers will enjoy the dizzying back-and-forth as they attempt to figure out just who to root for and as the suspense ratchets up to one hell of a conclusion.” —Booklist

“An angry ex-wife is stalking a young, innocent fiancee who is a carbon copy of her former self…or so it seems. [T]he fun is in trying to figure it out. We didn’t! Easy to read, smoothly put together.”  —Kirkus Reviews

“A twisty, mind-bending novel about marriage and betrayal. A gripping plot and fascinating characters; this book will keep you turning the pages and guessing until the very end. A must-read!” –Lauren Weisberger, New York Times bestselling author of The Devil Wears Prada

“The Wife Between Us delivers a whip smart, twisty plot in a taut, pacy narrative. It’s terrific and troubling. This is one scary love triangle where you won’t know who to trust. I loved it.” –Gilly Macmillan, New York Times bestselling author of What She Knew