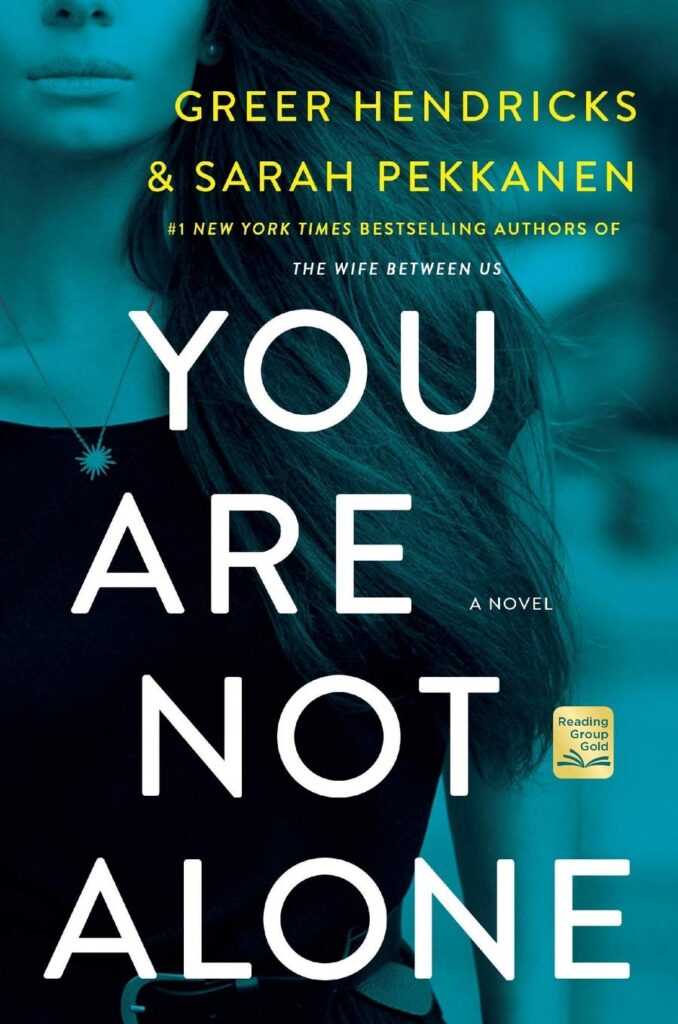 The electrifying #1 New York Times bestselling authors of THE WIFE BETWEEN US and AN ANONYMOUS GIRL return with a brand new novel of psychological suspense.Shay Miller wants to find love, but it eludes her. She wants to be fulfilled, but her job is a dead end. She wants to belong, but her life is increasingly lonely.Until Shay meets the Moore sisters. Cassandra and Jane live a life of glamorous perfection, and always get what they desire. When they invite Shay into their circle, everything seems to get better.Shay would die for them to like her.
She may have to.

“The writing team behind An Anonymous Girl and The Wife Between Us proves their prowess yet again with another wildly compelling psychological thriller. This one starts with a circle of friends and unravels in an escalating series of hairpin twists and turns.”
–Newsweek

“The number one New York Times–bestselling writing duo Greer Hendricks and Sarah Pekkanen (coauthors of The Wife Between Us and An Anonymous Girl) are back. Their new thriller is about a circle of friends with some suspect intentions. Twist, twist, twist..”
–goop

“You Are Not Alone is a wild ride, and you’re going to love it. Nobody writes twisted psychological thrillers quite like these two.”
–HelloGiggles

“You Are Not Alone is the third novel to be co-written by Hendricks and Pekkanen, a duo quickly becoming known for their sharp plot twists and cadre of fully formed female characters. The novel follows a young, isolated New Yorker who happens to witness a subway death—and later finds herself enmeshed in the warm, loving company of the dead girl’s friends. She feels like she’s finally thriving…until the dominoes begin to fall.”
–Marie Claire

“VERDICT: Dynamic duo Hendricks and Pekkanen (The Wife Between Us) bat another one out of the park with this unputdownable, highly recommended thrill ride.”
—Library Journal (starred review)

“Hendricks and Pekkanen unfold another one of their intricately plotted, female-focused thrillers. Lots of frenzied flipping back and forth for readers who like to figure out the puzzle.”
– Kirkus

“Masterfully escalates the suspense…keep[s] the reader guessing until the end. A great follow-up.”
―Booklist (starred review)

“Psychological suspense is a genre that needs to be handled with kid gloves…Greer Hendricks and Sarah Pekkanen seem to have mastered the formula…a creepy-crawly tale.”
―New York Times Book Review

“You Are Not Alone thrives on its twists and realistic tension.”
—South Florida Sun-Sentinel